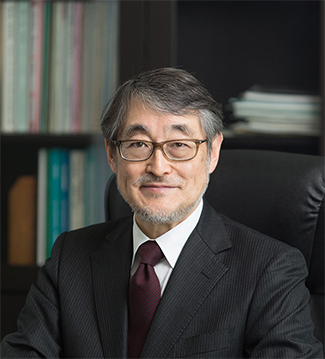 Sendai College has two independent origins: the Governmental School for Radio Telegraph (established in 1943) and the Miyagi National College of Technology (established in 1963). The former school was founded on military demands during World War II and the latter college was founded on the demands of the Japanese industry in order to increase the number of practical engineers in the fields of mechanical engineering, electrical engineering, and architecture during the 1960s and 1970s rapid growth of the Japanese industry and economy. The former school was converted to the Sendai National College of Telecommunication Technology in 1971, which meant there existed two independent colleges of the National Technological College league at the suburbs of Sendai city. The latter college later involved the department of materials science and engineering. In 2009, these two colleges were integrated into the present one, Sendai College, although the two original campuses still remain separated today.

The education system of the National Institute of Technology is unique. Students are enrolled at the age of 15, which is just after completing their junior high schools in Japan. The students are then expected to study practical engineering through exercises and laboratory sessions, as well as to understand the fundamental theories on science and engineering, over five years of regular courses. In the final year, all students will complete research projects in order to graduate. The graduates of the college can be employed afterwards by industrial companies, but currently nearly a half of our graduates continue to study advanced science and engineering topics either in our two-year Advanced Course program (within our college) or in an appropriate university through admission examinations as a third year student (for example, Tohoku University). A portion of our graduate alumni further continue their studies and obtain master or doctoral degrees and actively participate in the development of future technologies.

Sendai College places emphasis on international student exchanges and collaborations with industry. Students in their final year of the regular five-year course can choose five-month internships in foreign colleges and universities as a part of their research graduation projects. Students in the Advanced Course also can choose one to three-month internships abroad. Thus, about 30 students are sent annually to Finland, France, Germany, Thailand and other countries. Equally, about 30 foreign students a year visit our college to tackle practical engineering projects under careful guidance by our professors. Our students can also choose short or long-term internship programs in industrial companies to solve company-based problems. Currently, we have more than 100 research projects and roughly a quarter of these are in collaboration with companies. Our college is supported by about 150 membership companies such as Sendai Nikon, Sony Sendai, Tokyo Electron Miyagi, and so on, and we keep regular ties with these companies in order to manage student internships and collaborative research projects.

We would like to welcome further new foreign academic partners for student exchange as well as domestic/foreign companies for joint researches and for student internships in the fields of electronics, image processing, information technology, wireless communication, robotics, materials science and engineering, architecture, and other advanced engineering projects. Sendai College is looking forward to new and various interactions with you.